Species: Lappet-faced Vulture (Torgos tracheliotus)
Age: Sub-adult
Sex: Male
Tracking Device: Back-pack GPS tracker
Tag Number: 310 (removed)
Leg band number: Red/black 19
Image of the rehabilitated Lappet-faced Vulture with his red legband in the VulPro release enclosure on the 25th of July 2019 preparing for release.
This critically endangered juvenile Lappet-faced Vulture was admitted to VulPro on the 23rd of October 2017 after being found grounded on a neighbouring farm. He was released less than a month later on the 8th of November 2017 with wing tags 310 and a tracking device which notified us when he had to be rescued from almost drowning inside a concrete water reservoir on the 5th of December.
For more than a year he lived happily at VulPro with a female Lappet-faced Vulture who had a wing amputation due to a powerline collision. However we decided to make another release attempt after the pair bond was suddenly broken and the female rejected him as a mate for a neighbouring amputee male.
We removed his wing tags for a coloured legband and a new tracking device so this lucky male was re-released on the 28th of July 2019 after an acclimation period at the VulPro release enclosure at the Nooitgedacht colony on the Magaliesberg Mountain Range.
After a few weeks in the Magaliesberg, this young male made an impressive round trip of South Africa to settle in the Greater Kruger Park area where his tracking device unfortunately went offline early December 2019. Luckily only a feather was found at his last location so we’re positive he’s thriving and it is just a device failure.
We hope to receive reports from the public as he was spotted on a camera trap by Willem Botha of Mahlathini Private Game Reserve!
Camera Trap image of our released Lappet-faced Vulture kindly provided by Willem Botha of Mahlathini Private Game Reserve
Preparing the attachment for deployment of a Cellular Tracking device on the rehabilitated Lappet-faced Vulture in preparation for release July 2019.
Movement patterns of the rehabilitated Lappet-faced Vulture from July 2019 to November 2019 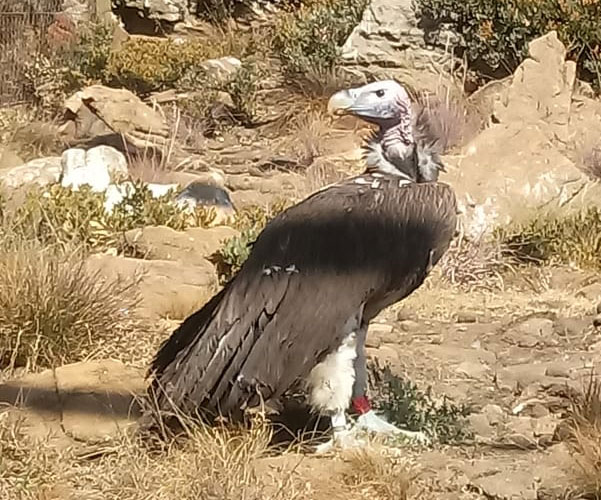 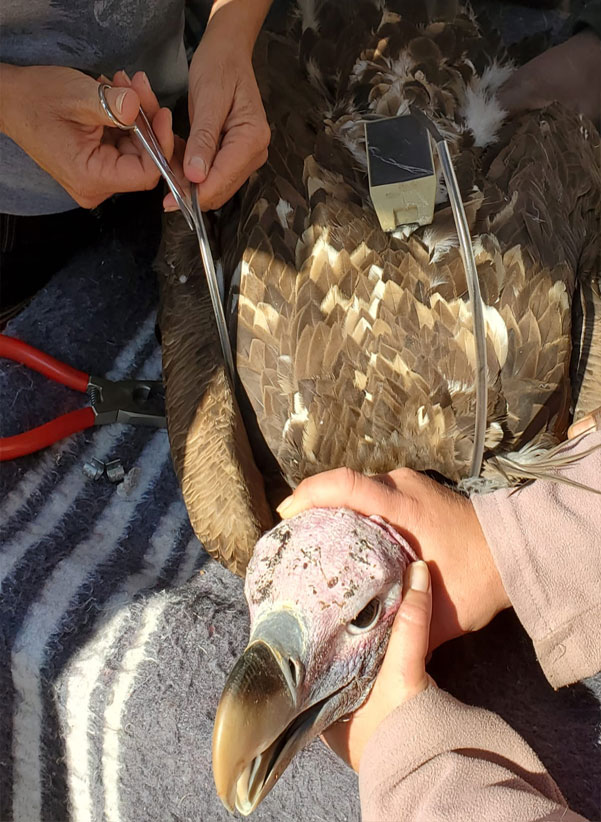 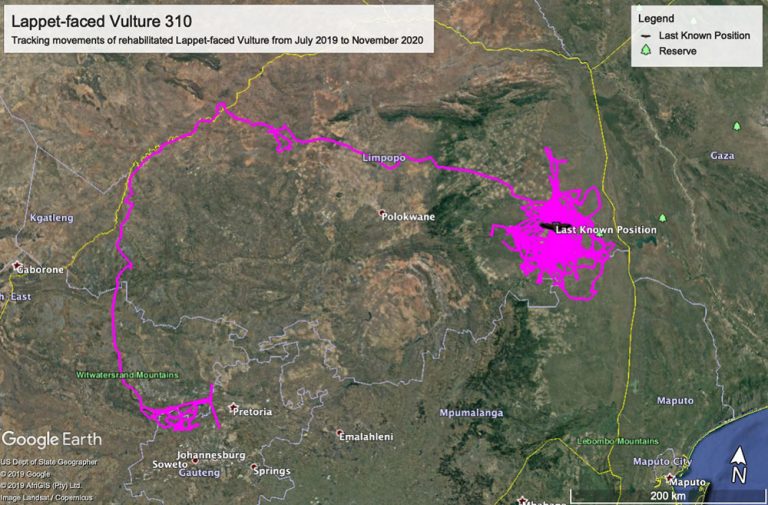