This young male white-backed vulture, marked with a red and white legband 68, was collected from Limpopo on the 24th of November 2018. He was grounded due to the combination of dehydration and bad weather in the area. After 2 weeks at VulPro he was released on the 11th of December 2018. After being released he headed back up north to Limpopo into Botswana and then into Zimbabwe. He is often flying between the 3 countries, staying South Africa for a while but then returning to Botswana and Zimbabwe. He is currently back in South Africa exploring the North West and Limpopo Provinces. 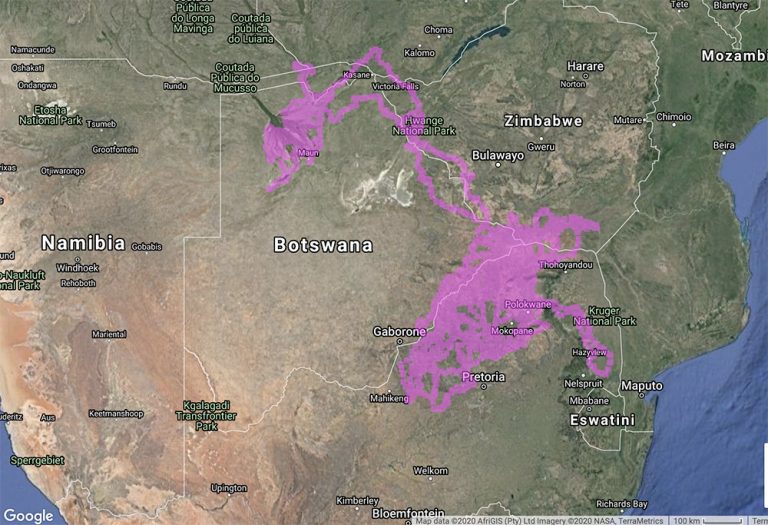