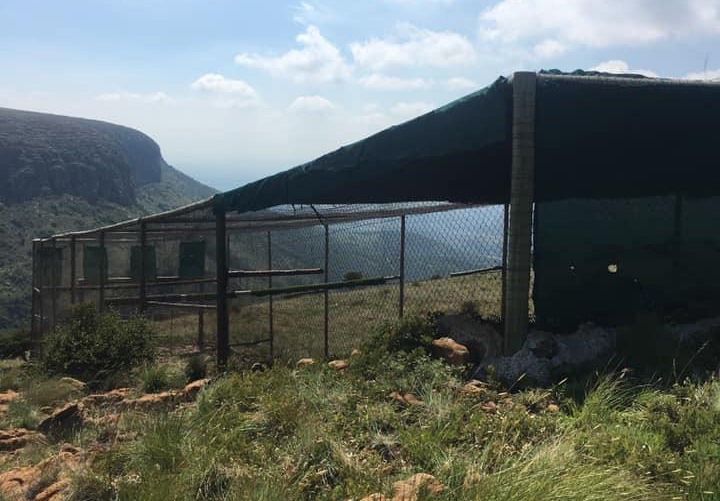 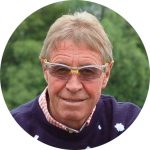 My instruction was to meet at a gate to the entrance of a farm Nooitgedacht 10 Km north-west of Hekpoort on a pleasant sunny morning in early May 2017. I had forgotten though, to enter the coordinates given to me into my GPS. Good start to being a VulPro volunteer I sarcastically thought to myself.

Arriving closer to the destination, worrying about finding it, I suddenly noticed a double cab pick-up truck bearing VulPro branding and began following closely behind. Shew! I would not fail my first volunteer test for not finding the required destination.

Three vehicles pulled up to the locked gate in unison. Out of the VulPro branded vehicle jumped Simon from the passenger side wearing a felt hat and sunglasses disguising a face I should have known well.

“Howzit Les” he greeted. Extending my hand to greet him, I courteously asked his name. Lifting his hat, he answered “Simon – Les”. Only then did I recognise him. We both worked in the broadcasting industry for a number of years. Feeling rather silly at first, we exchanged pleasantries while the driver of the third car, another new volunteer Sandy, joined us together with our new vulture mentor and leader Kerri Wolter.

Once the main gate was closed behind us, three vehicles made their five Km drive up the narrow road towards the mountain top. Passing breath taking views, a spectacular kloof and a number of game sightings we arrived at the recently constructed soft release enclosure for releasing captive bred and rehabilitated vultures.

The securely built enclosure housed eight fledgling Cape Vultures comfortably perched in the north westerly breeze. This was the closest I had ever been to one of these gorgeous creatures. A feeling of privilege flowed through my body and a profound attraction to their beauty. I knew then I had made a good decision to become a VulPro volunteer.

Soon I would find something else I had not had close encounters with before – carcasses. Vulture food. That’s right dead animals. They have that smell. A few mature piglet carcasses lay nearby inside the enclosure. Kerri wanted them relocated to the vulture restaurant some 200 metres away. Simon and I put our hands up to carry them to the road in a square plastic crate.

This is where my experience as a yachtsman and aircraft pilot came in handy. The direction to carry the carcasses was towards the north-west – the direction from where the wind was blowing. I briskly ran to the windward side and told Simon I am ready to carry.  We picked up the crate and had walked no more than twenty metres when I heard “ Mbff,, Mbff.. Thstop” behind me to see a head shaking Simon looking decidedly green. That sorted his breakfast and possibly the previous night’s supper too. Yes – the smell.

From that day on I had the pleasure of checking the enclosure every Thursday morning and Saturdays together with Mari, even recently, until the Covid-19 pandemic hit our country. VulPro took a bold decision to remove last year’s captive bred fledglings and relocate to VulPro just a week before lockdown was declared.

Over three years I witnessed and was part of releases of captive birds from the enclosure as well as other individual releases on the same mountain. It has to be one of the most satisfying life experiences ever. Those experiences will live deeply within me for the rest of my life.

I have many anecdotes to share relating to my VulPro volunteering which I will share with you in upcoming blogs on this site. So too that of others who will share their stories here. In some of my blogs you can hear about how I captured my first two vultures in the wild and how a goat was relocated as a result of Vulpro. Till then… Greetings!

HAVE YOU FOUND A VULTURE

Have you found a vulture, bird of prey or other large bird that needs help in Southern Africa? (or even further afield?). Please call Kerri immediately (All Hours!). In many cases, hours make the difference between life or death / releasable or not, so do not wait!